HARRISBURG – The Senate gave final approval today to a bill that would help reduce the risk of patients falling victim to opioid addiction, according to Senator Ryan P. Aument (R-36), who authored the bill.

Senate Bill 572 would require new patients who need a prescribed opioid regimen to enter into treatment agreements with a prescriber to ensure that they adhere to safe, responsible guidelines for opioid use.

The treatment agreements would require new patients to undergo baseline and periodic drug testing to ensure they stick to the prescribed treatments and are not misusing or diverting prescriptions.

“For many victims, addiction did not begin in dark alleys or drug dens,” Aument said in a recent op-ed. “Instead, it started in the relative safety of a doctor’s office, with a legal prescription that was misused, beginning a downward spiral into chemical dependence and criminal activity.”

The requirements would not apply in medical emergencies, to patients with existing relationships with a medical provider, or patients suffering from cancer or terminal illness.

Aument’s legislation was built from recommendations contained in guidelines issued by the Centers for Disease Control and Prevention for prescribing opioids for chronic pain in the United States, as well as Pennsylvania’s guidelines on the use of opioids to treat chronic non-cancer pain.

“Instead of placing new roadblocks to existing pain management plans, the bill specifically focuses on the situations that are most likely to result in addiction,” Aument said. “Although the bill is far from being a “silver bullet” to solve the addiction crisis, it is still a vital piece of the puzzle to prevent more needless deaths in our communities.”

The bill was part of a bipartisan package of reforms that the Senate approved in June to stem the tide of Pennsylvania’s heroin and opioid epidemic. More than 530 overdose deaths were reported in Lancaster County alone over the past five years.

Senate Bill 572 was approved by both the Senate and the House of Representatives and was sent to the Governor to be signed into law. 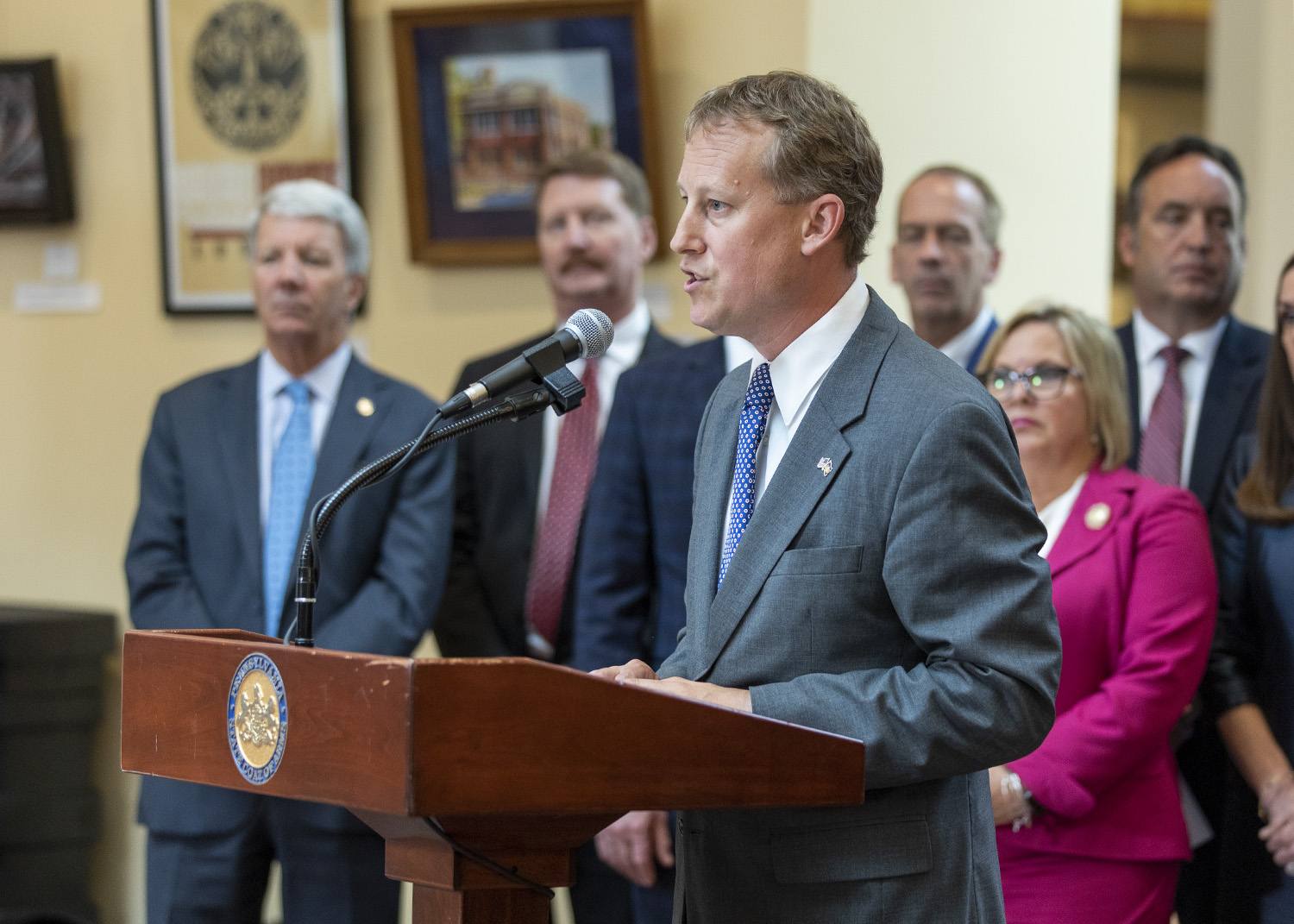 Senator Ryan Aument (R-36) speaks about his bill to require opioid patient treatment agreements at a Senate Republican news conference on a package of opioid reform bills that were approved by the Senate this past June.