The State Senate’s Agriculture and Rural Affairs Committee held a hearing today on legislation authored by Senator Tom Killion (R-Chester & Delaware) to better protect the public from dogs proven to have caused severe injury to a person or a domestic animal.

“It’s unconscionable that a dog may severely injure someone unprovoked, and its owner not be held responsible,” said Killion. “But that’s the case under current state law. ‘Vicious propensity’ needs to be proven in court in order for a dog to be deemed dangerous, despite it causing severe injury.”

Killion drafted the legislation, Senate Bill 798, after hearing from several Chester County mothers, including Melissa Barnes of West Goshen, whose daughter was severely injured in an October 2018 dog attack.  Barnes, Sarah Hermans of Tredyffrin and Molly Carroll Newton of Phoenixville all testified at the hearing in addition to law enforcement officials and representatives from the Pennsylvania Department of Agriculture.

“Despite almost losing her eye and having her face mauled during an unprovoked dog attack, the dog was cleared of all charges because we were not able to prove vicious propensity,” testified Barnes. “Those two words changed our world and allowed the system to fail our daughter.”

Under current law, a victim, the state dog warden or a police officer may file a complaint with a magisterial district judge charging the dog owner with the summary offense of harboring a dangerous dog.  In addition to proving that the dog in question has severely injured a person or domestic animal, it must be demonstrated that the dog has a violent history or propensity to attack.  This element of the offense often requires litigating the dog’s personality and temperament.

Owners of dangerous dogs are obligated to, among other requirements, keep the animals leashed or within fencing, have the dog spayed or neutered and pay an annual registration fee.

Senate Bill 798 would require only that victims or authorities prove in court that the dog inflicted serious injury without provocation to secure a conviction.  The legislation also raises the annual registration fee for a dangerous dog to $1,000 from the current $500.

“While it’s too late to change our situation, my goal is that another child won’t have to go through what my child had to,” noted Barnes. “I refuse to live in fear in my own home and in my community. We have the right to walk up and down our street without being afraid.”

“The injuries these children suffered were horrible, and Pennsylvania’s Dog Law handcuffed the courts from holding these dogs and their owners accountable,” said Killion. “My legislation keeps the focus on the attack at hand and will allow authorities to more easily secure a determination that a dog is dangerous.  It will better protect Pennsylvanians, particularly children, from dogs that have caused serious injury.” 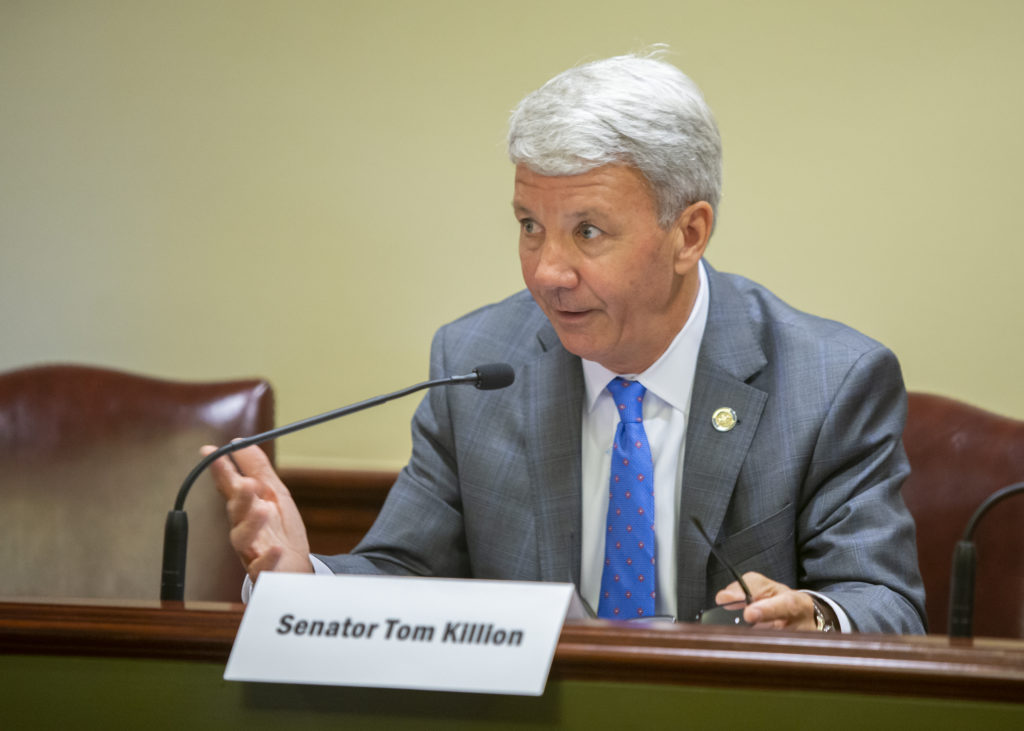