Harrisburg—Senator John DiSanto’s (Dauphin/Perry) proposal to provide for a new nonprofit security grant to enhance safety for faith-based institutions and nonprofit organizations was signed into law today by Governor Tom Wolf as part of  Act 83 of 2019.

Act 83 authorizes a $5 million budget transfer of unexpended and unencumbered funds for the Pennsylvania Commission on Crime and Delinquency to make grant awards to any nonprofit that services individuals, groups, or institutions that are included within a bias motivation category for hate from incidents identified by the FBI in its 2017 hate crime statistics publication.

The FBI defines hate crimes as those motivated in whole or in part by an offender’s bias against race, religion, disability, sexual orientation, ethnicity, gender, or gender identity. Eligible applicants will not only include all faith-based institutions, but also many other 501(c)3 public charities that serve the community.

The program will begin accepting applications on a rolling basis beginning no later than March 1, 2020 with the Commission required to approve or deny each application within 90 days. Grant awards will range from $5,000 to as high as $150,000—with larger grant amounts contingent upon the organization committing non-state matching funds.

DiSanto participated in today’s bill signing ceremony. Afterwards he commented, “I appreciate that my legislative colleagues and the governor came together in a bipartisan manner to offer these additional safeguards to our nonprofits and faith-based organizations that are too often the targets of violent threats and acts. Beyond just the dollars and safety improvements, my hope is that the creation of this program sends the message that all of Pennsylvania stands with our charitable and religious institutions against those who would do them harm. I encourage all eligible organizations to consider their security needs and, if appropriate, prepare to submit a grant application.” 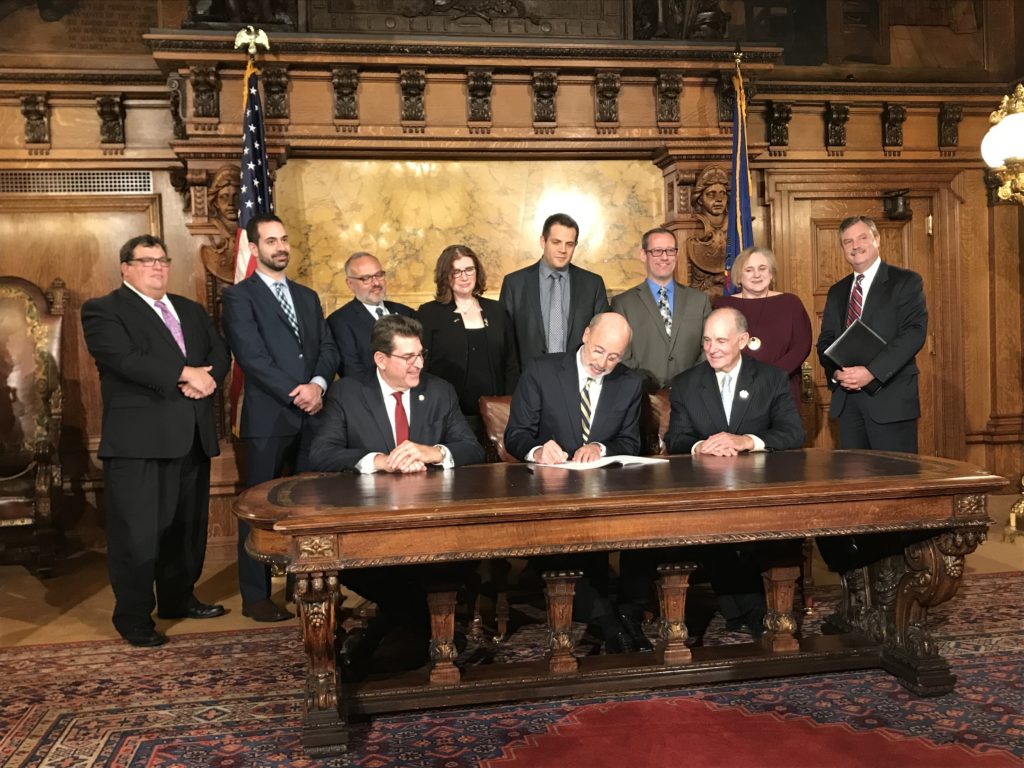