In his opening comments, Senator Yaw highlighted the bills on the agenda, starting with Senate Bill 679, which directs the Environmental Quality Board to develop regulations that authorize counties to adopt a program for “stream cleaning” and maintenance and the removal of obstructions and flood-related hazards from local waterways.

“Maintaining our streams and waterways has been an issue across my Senate District for years,” Sen. Yaw said.  “Just like we take care of roads, we need to have a program that takes care of our streams.  In recent years, there have been a number of instances where microbursts have created all kinds of issues, a lot of which are created due to obstructions in the streams.  We need to have them properly maintained and this bill will provide a framework.”

Additionally, House Bill 476, which requires DEP to forward notices of noncompliance from the US EPA under the federal Toxic Substances Control Act (TSCA) to the municipality where the violation occurred, was also considered.

All three measures were approved and reported to the full Senate for consideration. 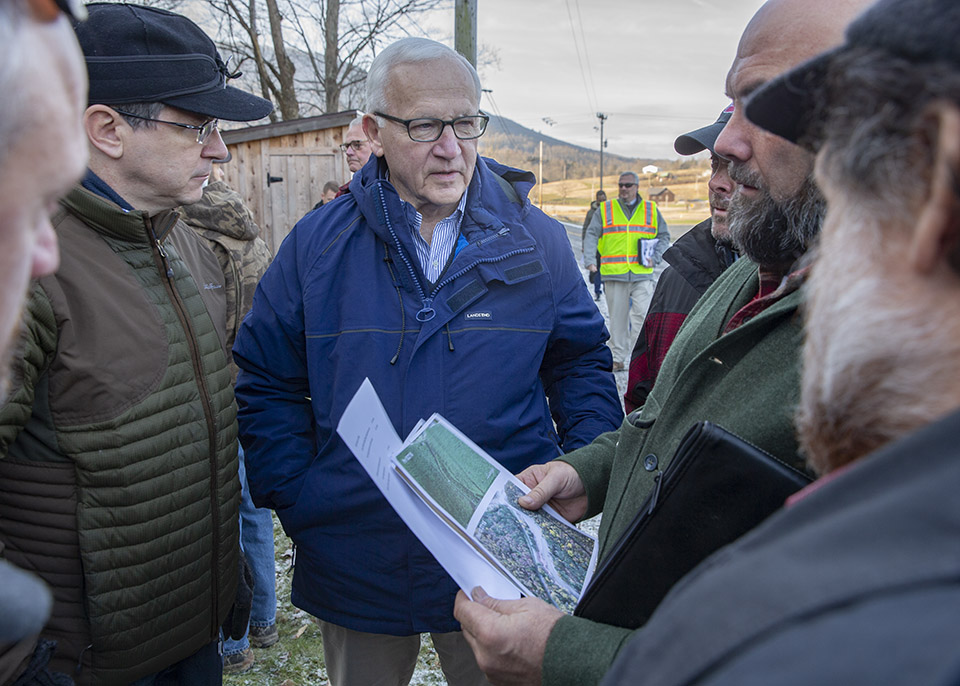 Sen. Gene Yaw and Pennsylvania Department of Environmental Protection Secretary Patrick McDonnell (left) listen to Joe Reighard, Chairman of the Gamble Township Board of Supervisors, Lycoming County, during a tour of area streams and waterways, as well as surrounding infrastructure projects last year.